Stop existing from day to day, and get back to BECOMING your Sure Self in 4 Simple Steps

Stop existing from day to day, and get back to BECOMING your Sure Self in 4 Simple Steps 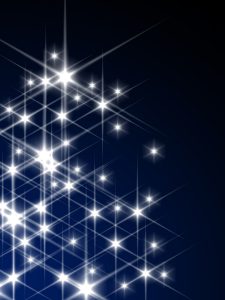 With the Harry Potter hype lately, I thought it timely to share a quote from J.K. Rowling that has stayed with me. It’s about the power of failure, delivered as a Harvard Commencement speech.
“Why do I talk about the benefits of failure?  Because failure meant a stripping away of the inessential.  I stopped pretending to myself that I was anything other than what I was, and began to direct all my energy into finishing the only work that mattered to me.  Had I succeeded at anything else, I might never have found the determination to succeed in the one arena I believed I truly belonged.  I was set free, because my greatest fear had already been realized, and I was still alive, and I still had a daughter whom I adored, and I had an old typewriter and a big idea…It is impossible to live without failing at something, unless you live so cautiously that you might as well not have lived at all—you then fail by default.”
Whether it’s with parenting your children, taking care of yourself, trying a new hobby, achieving financial goals, improving a personal trait, or being more loving to your spouse, some failure is inevitable.  And, fortunately, the very act of failing creates an awareness, a core learning, and a raw motivation to do it differently the next time.
This week, let go of fear of failure and instead, live fully and embrace the falls. Learn from them, love them, and make them something that becomes a springboard to powerful success.
Best,
Connie