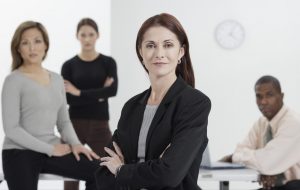 I had a great experience last night with my daughter. I was reading Mika Brzezinksi’s book “Know Your Value” and was shocked to read that these high-powered women (Sheryl Sandberg—COO of Facebook, Valerie Jarrett—presidential advisor to Pres. Obama, etc.) had all experienced the same thing—being underpaid and undervalued. For YEARS. As I read their stories, they shared a common theme—they were able, but they hadn’t asked. Years ago I read a similar and fabulous book called “Women Don’t Ask” (and, in fact, used some of this “put your hand up and ask for what you want” information when I spoke to a large insurance group, to the chagrin I think of upper management who was also in the room!) and at the time, it helped me be more bold in my decisions.
And then I forgot.
So, I’m reading along in this book last night as it talks about how men are paid sometimes 14 TIMES more than women, doing the same job, and generally the women working longer hours. The mentality they ALL had—these sharp women—was, if I work harder, the boss will notice and reward me. Alas, it never came true. They were passed over repeatedly for raises, promotions, and new opportunities, viewed as the predictable fly on the wall. Until they realized they needed to ask for what they wanted, explain why they deserved it, and be firm about their worth.
At this point in my reading, and almost on cue, my eight-year-old comes in to our room. It’s late, I’m reading, and she starts WHINING, “Ben turned off the TV (can hardly decipher this because of the “whinese”) and I said it was my turn to watch, but he didn’t listen…” You get the point. Well, it was PERFECT, because having just read this info, I said firmly and gently, “Stop. No. I can’t understand what you’re saying. Try it again without whining, and this time, ask for what you want.”
The change was IMMEDIATE. It totally blew me away. She went from teary and scrunched up face, immediately, to regular Chloe and she said very clearly, “I want to watch He-Man, and it’s two episodes.”
I said, “Tell my why you think you should be able to stay up and watch it.”
She thought for a minute. “Because I’ve done my chores. And it’s only on right now.”
I said, “Tell me what concerns you think I have about that, why I would say no. Resolve my concerns.”
She thought again. “Because when I stay up I get cranky sometimes. And I get scared if I watch something late at night.”
The last one wasn’t actually a concern because He-Man is pretty tame, but I thought it great that her little gray cells were working it through.
Then I asked her how she could resolve those concerns.
“If I’m cranky in the morning,” she said, “I’ll do extra chores. And if I get scared, I’ll not come into your bed. I’ll go into Chelsea’s.”
Bingo.
This seriously was almost verbatim—after she left, I wrote it on a sticky note. What a conversation!! Where had that been the last eight years of her life! I wish I would have tried this sooner and really kept it when I read the last book.
What was fabulous was to see her little light bulb kick on. Now she had some skills. Now, she understood how to ask for what she wanted and to see why it could be a no and how to make it a yes, as best she could.
Hopefully she’ll remember. But either way, I will.
Ironically, it was validating in another way as it’s been on the heels of another experience for me. In one of my speaking assignments there was some flip-flopping of people not willing to follow through on their original contract with me. I’m a marshmallow, like many women, but in the moment, I followed my gut and gently but firmly maintained the need for the original contract. And they did. But then, of course, I had the two weeks following of TOTAL GUILT—did I do the right thing, was I being too pushy, all that women jazz. And thank goodness I was concerned—I don’t want to go through life like a padded football player in my interactions with people (i.e. I saw a book cover with a non-smiling woman in a dark pinstripe suit and the title was, “If You Need to Cry, Leave the Room”).
I want to be feminine. But firm. In Mika’s book, she summed it up with “tough as nails, and warm as toast.”
I’m not a hard core anything but I see the bigger picture here, and it’s helping increase women’s value, both to themselves and in the eyes of others. And it begins with me, with you, with our daughters, knowing what we want, asking for it with confidence and experience to back it up, and moving forward to make it happen.
I’ll listen for what Chloe wants today, to know if anything I shared with her sticks. But I know for myself, it’s stuck pretty good already. My goal now is to stay warm as toast but with a layer of fabulously firm jam to go with it.
All my best,
Connie