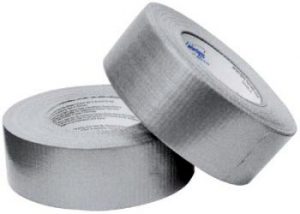 If you write, you know of an internal editor (that little voice that says after three laborious hours of writing, “That, my friend, is drivel.”) But as women, we tend to take it a step further to an internal critic, that little Aunt Mabel sitting on our shoulder, tapping her eyeglasses, and tut-tutting. “You can’t do that. And you shouldn’t be doing that. You should be…[fill in with various practical suggestions].”)
But. When we have something solid in our souls, something we know can make us more and help others be more too, we need to turn around and duct tape that inner critic’s mouth. Blake Snyder, author of Save the Cat Strikes Back! shared his loser to success story. In 1989 he had spent seven unsuccessful years in Hollywood as a screenwriter and had returned home a failure. Then his father died. And through the experience he woke up and realized he had been listening to the inner critic: “At a time and place where opportunity was all around me—I was standing in a field full of diamonds, refusing to reach down and pick up just one.”
Have you done that before? Sure you have, we all have. So he gets on a new train—one with discipline, focus, and positive energy—and let’s go of Aunt Mabel and starts listening to “Yes, I can,” with patience and hard work and faith. He wrote down three goals—all of them by his account “insane” and which included selling a screenplay for a million dollars—and yet he knew, in his soul, this was right. Within seven months, he had achieved all three goals. One day he thumbed through his old goal notebook and happened on one promise he had forgotten: “As part of giving back for achieving my goals, I will write a book about how to write a screenplay.”  Ironically, at that time, he had just completed the final installment of the huge bestselling Save the Cat! trilogy (excellent!), a book dedicated to helping writers learn how to write better in a genuine and generous way never before attained. Unknowingly, he had achieved it all.
So break out of the self-imposed box and duct tape your inner critic. Definitely learn and grow and be open to critique. But learn what He wants for you in life, how your voice needs to be heard, and what beautiful diamond you have to share with the world. I can’t wait to hear all about it!
All my best,
Connie